We use cookies which makes the site easier to use and enhances your user experience.

Welcome to the Wake Media news hub. Here you can find our clients' latest news. Use the tag filter above to search by company or keyword.

The technology group Wärtsilä and PSA Marine have successfully completed initial sea trials for the “IntelliTug” project. The PSA Polaris, a harbour tug owned and operated by PSA Marine, has been retrofitted with a suite of Wärtsilä technology to enable autonomous navigation. The project is a collaboration between technology provider Wärtsilä, marine services provider PSA Marine, classification society Lloyd’s Register, the Technology Centre for Offshore and Marine Singapore (TCOMS), and co-funded by Maritime and Port Authority of Singapore’s (MPA) Maritime Innovation and Technology (MINT) Fund.

Carried out in Singapore, the trials commenced in September 2019. They verified the IntelliTug’s capability to avoid a variety of obstacles, including virtual and real-life moving vessels. These trials are Singapore’s first for commercial Maritime Autonomous Surface Ships (MASS) using the MPA MASS regulatory sandbox, which has been established to facilitate the testing of MASS and other autonomous technologies in a safe and controlled environment within the Port of Singapore.

The IntelliTug trials are part of MPA’s MASS initiative, which aims to accelerate the industry’s R&D capability in this field, and validate new MASS-related concepts of operations and technologies. This would enable technology developers, the research community, and maritime stakeholders to capture future MASS-related opportunities.

“It is critical that we prepare the Port of Singapore for MASS. With MPA’s MASS regulatory sandbox, I am glad that Singapore can contribute to the sea trials and eventual adoption of MASS. We will be happy to share our MASS experience with other ports and coastal administrations,” said Captain M Segar, Assistant Chief Executive (Operations) of MPA.

An Intelligent Tug for Future Operations

The PSA Polaris is a 27-metre harbour tug with dual azimuth thruster controls. It has been fitted with a sensor suite, including Wärtsilä’s RS24 near-field high resolution radar and Wärtsilä’s Dynamic Positioning (DP) system, to enable autonomous capabilities. Data collection via the sensors has been ongoing since the start of the project in conjunction with the development of a collision avoidance algorithm.

The project is aimed at developing and field-testing intelligent vessel capabilities and viable pathways towards smarter, safer, and more efficient ways of operating a harbour tug. This is achieved through the provision of human-centric technology, design-thinking, and man–machine collaboration.

“PSA Marine is constantly innovating to redefine the capabilities of our tugs. The achievement seen in the IntelliTug project is a testament that with strong partnership, alignment of purpose and the courage to innovate, ideas can be turned into reality. With the incorporation of feedback and experience from our tug masters, the smart technology developed in the IntelliTug project augments our tug masters’ situational awareness and amplifies their capabilities. We will continue to work closely with the stakeholders and look forward to future developments of the project,” said Peter Chew, Managing Director of PSA Marine.

Before sea trials commenced, system integration and digital testing began with the use of Wärtsilä’s autonomous ship simulator. TCOMS has carried out further validation of the various data gathered from the sensor suite, as well as real-world performance of the tug through a physics-based digital twin that incorporated the effects of the physical environment faced in the sea trials. Lloyd’s Register has been closely involved throughout the project to support the development of the trials’ safety case, while collaborating on the human factors and technology design processes.

“Wärtsilä has taken a rigorous, staggered approach to the sea trials, first to prove the fundamental safety and accuracy capabilities of the system, and then moving on to real obstacle-free path planning. It has further progressed to more complicated test cases, previously attempted in digital batch testing and digital first-person simulation. The design of the test cases was a collaborative effort involving Tug Masters and a Master Mariner, with close review and continuous refinement with MPA throughout the project,” says Thomas Brightwell, SACA Software Manager, Wärtsilä.

About the Sea Trials

During the sea trials, a new smart navigation system - which was developed during the project in cooperation with PSA Marine’s Tug Masters - was used to select destinations for the hundreds of test cases carried out. The system allows the user to easily see the routes plotted, with the avoidance of collisions, in real-time. The smart navigation system also sends track and speed commands to the DP system, which drives the vessel along the route safely at varying speeds up to 10 knots. These manoeuvres are expected to follow set behaviours and meet success criteria to reach the destination.

At all times, the PSA Marine Tug Masters were able to determine if the tests were safe to continue and had full control to abort testing at any time where required.

“Wärtsilä continues to lead the marine industry’s transformation into a new era of digitisation and decarbonisation – achieving greater efficiency, improved safety, and better environmental performance through its Smart Marine approach. The IntelliTug project provides a clear picture of the potential that this approach can unlock, to the ultimate benefit of owners and operators everywhere,” says Mervin Ong, Managing Director of Wärtsilä Singapore.

Wärtsilä and PSA Marine will continue development work on the IntelliTug and its systems throughout 2020, working towards continuous deployment of smart capabilities in real-life harbour craft operations to complement and enhance the capabilities and experience of human tug masters. 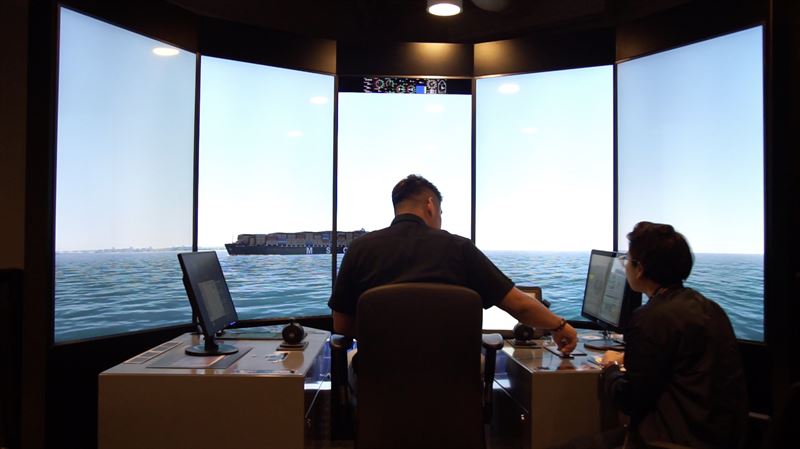 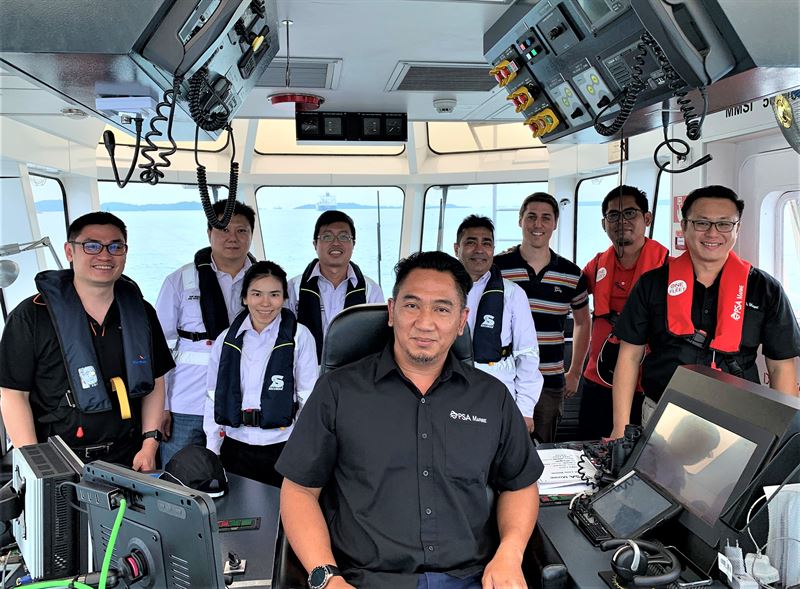 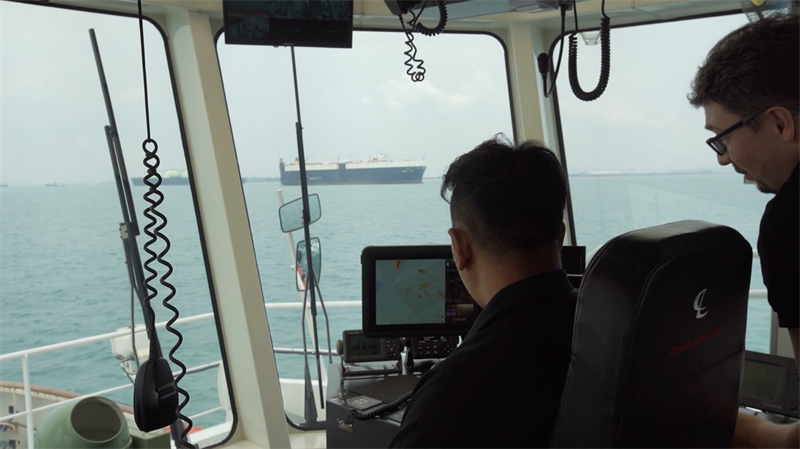 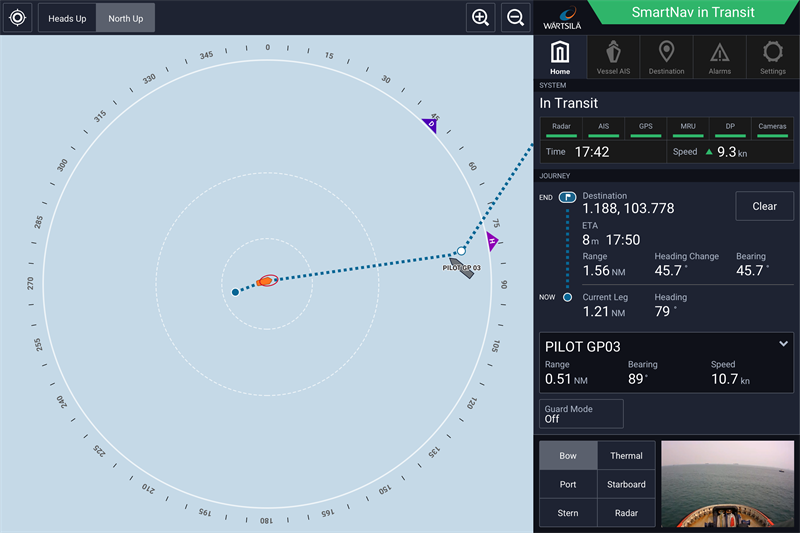 Caption 4: Participants from Wärtsilä, PSA Marine and MPA onboard the IntelliTug during autonomous trials.

All Wärtsilä releases are available at https://www.wartsila.com/media/news-releases and at http://news.cision.com/wartsila-corporation where also the images can be downloaded.

Wärtsilä in brief:
Wärtsilä is a global leader in smart technologies and complete lifecycle solutions for the marine and energy markets. By emphasising sustainable innovation, total efficiency and data analytics, Wärtsilä maximises the environmental and economic performance of the vessels and power plants of its customers. In 2019, Wärtsilä’s net sales totalled EUR 5.2 billion with approximately 19,000 employees. The company has operations in over 200 locations in more than 80 countries around the world. Wärtsilä is listed on Nasdaq Helsinki.
www.wartsila.com